Polystyrene Cradles are available with single or double sided radiuses , usually tailored to fit around the standard pallet and Stillage sizes 1200×800 or 1200 x 1000.Bespoke sizes are not a problem.

Dependant on the weight and size of product we will be able to specify the correct density of material and profile to suit your packaging requirement.

Polyethylene cradle’s are initially more expensive than Polystyrene however they are extremely shock absorbent and infinitely re-usable. 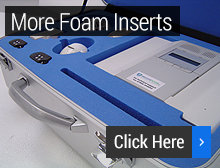